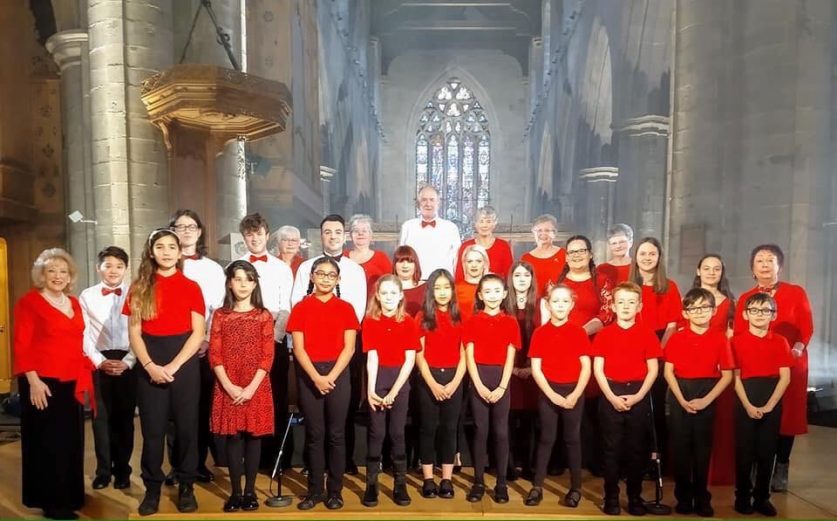 Just a little trailer of what is to appear on our TV screens this Christmas Eve – 11.40pm, BBC Scotland, ‘A Christmas Celebration’ from Perth – featuring the Jambouree Cabaret Singers and Choir. (Thanks to Tern for this clip)

The 15th-century St John’s Kirk, Perth is the beautiful setting for this year’s Christmas Celebration, which takes viewers of BBC Scotland and BBC One Scotland across midnight into Christmas morning. It was in 1490 that King James IV funded the start of the present building, but there has been worship on this site in the heart of the city of Perth for a thousand years. St John’s remains the focal point for significant city and county services and ceremonies.

Six well-known traditional carols, Once in Royal, Hark the Herald, O Come All Ye Faithful, See in Yonder Manger, As with Gladness and O Little Town of Bethlehem are sung by a large congregation gathered from all over Perthshire, accompanied by Alba Brass.

Other carols are sung by smaller choirs. Jambouree, a mixed children’s and adult choir, perform songs from Scotland and Malawi. Chansons, a Perth-based chamber choir, sing Tomorrow Shall Be My Dancing Day and two other songs. And Caritas, a new choir formed at the suggestion of the Duchess of Cambridge to perform on significant national occasions, sing Torches by Jean Joubert and a new version of Silent Night by Paul Mealor, who has composed for the Cambridges’ wedding and for the Army Wives choir.

The traditional Biblical accounts of the birth of Jesus along with modern meditations are read by 13 pupils from nine Perth primary and senior schools.

The organist is Howard Duthie. The minister is Rev John Murdoch.

There are no upcoming events.